Here’s a fun fact: Democrats win when turnout is high.

Here’s another: The best way to turn out voters is with one-on-one conversations.

That’s why today, Progressive Turnout Project is announcing our largest investment ever to boost Democratic turnout: $45 million in 16 states to knock on 7 million doors.

Progressive Turnout Project is the largest grassroots-funded field program in the country. Our mission: Get Democrats to vote. We design, test, and execute specialized voter turnout programs targeting inconsistent Democratic voters in the most competitive states and districts in the country.

At Progressive Turnout Project, we’ve spent the last few election cycles honing our tactics and seeing how voters respond. In 2018, our field programs boosted turnout by an average of 10.4%. In 2020, we’re building on that success and leaving it all on the field.

In 2020, we need to put Donald Trump and Mitch McConnell out of a job by taking back the White House and Senate. We’re going to put Democrats over the top with over 1,000 people on the ground in the 16 states that will make the difference. 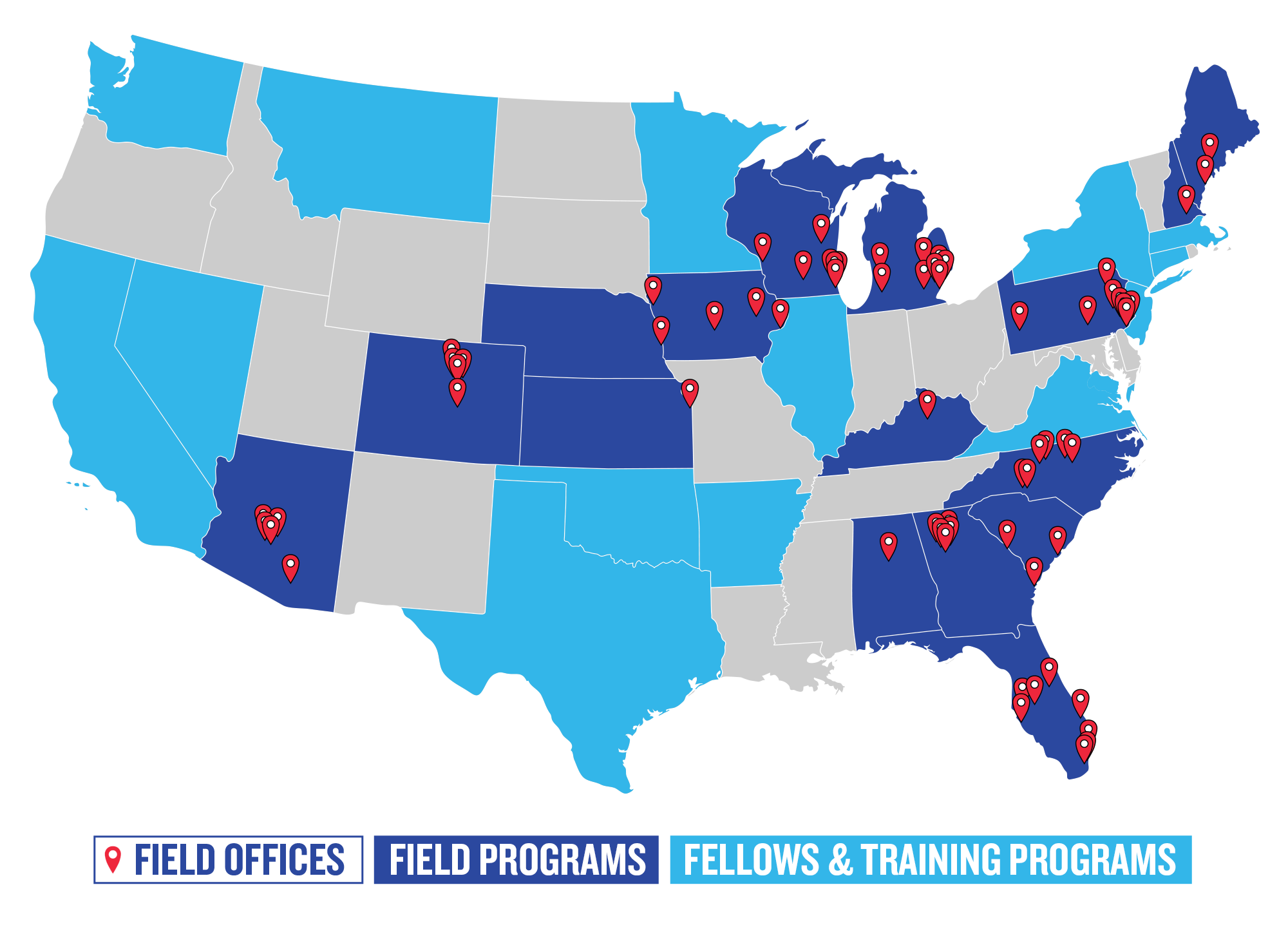 The presidency: All together, our target states represent 177 electoral votes. And they also include the two states that split their electoral votes — Maine and Nebraska — because every last one counts.

The Senate: We’ll be on the ground in 14 U.S. Senate elections in 13 states, taking on Mitch McConnell, Thom Tillis, Joni Ernst, Susan Collins, and others. Control of the Senate is truly a toss-up at this point and getting out every last vote will make the difference.

We’ll also be boosting turnout in battleground House districts to defend vulnerable freshmen Democrats. And in some places — like Wisconsin and Michigan — our boost to turnout will also lift downballot Democrats and help take back state legislatures. (That’s even more critical than usual, with redistricting on the way in 2021.)

Our strategy is based on expanding the electorate and Democratic base. Every new voter we reach means success not just in this election, but in 2022 and beyond.

Campaigns throw millions of dollars into TV ads. But those ads often don’t reach the voters they’re targeting or alienate folks who are sick of politics as usual.

But having a real person knock on your front door? That’s a call to action. And it works!

We use sophisticated data that weighs things like vote history and demographics to find neighborhoods with big concentrations of infrequent Democratic voters — people who would vote Democratic if they turn out.

It’s well-known that going door-to-door works. But our program is bigger, more effective, and starts earlier.

Progressive Turnout Project is hiring and training staff now so we can lay the groundwork for success in the general election. Our field program is built as a “deep canvass” with multiple in-depth conversations with voters. We engage with voters early, get them to commit to vote, help them make a plan to get to the polls, and follow up until they cast a ballot.

And we’re able to do all this without relying on corporate money. Progressive Turnout Project is powered by 370,000 (and counting) grassroots donors contributing an average of just $14.35.

Lots of Democrats are nervous about 2020 because of Hillary Clinton’s surprise loss. But we have a path to take back the White House — and it begins and ends with smart on-the-ground investments.

The country’s on our side on all the important issues. And every day brings new voters for us to reach, whether they’re new citizens, just turned 18, recently re-enfranchised after incarceration, or just people who’ve never been asked to register before.

In 2016, Democrats took some voters for granted. This time around, we’re leaving it all on the field.

Paid for by Progressive Turnout Project (www.turnoutpac.org) and not authorized by any candidate or candidate's committee.