You probably already know what we do at Progressive Turnout Project — it’s right there in our name, after all. We run the largest grassroots-funded field program in the country to get voters to the polls.

But what does that actually look like? We’ve been shadowing our Field Representatives, who are on the ground right now in North Carolina, to see. Here’s what they shared:

The special election in #NC09 is coming up fast, and our @LetsVoteNC team is working hard for those CTVs (commitments to vote). Here's what that looks like: pic.twitter.com/9eVL4tCBl9

In North Carolina in August, being prepared means lots of printed materials and lots of sun protection. 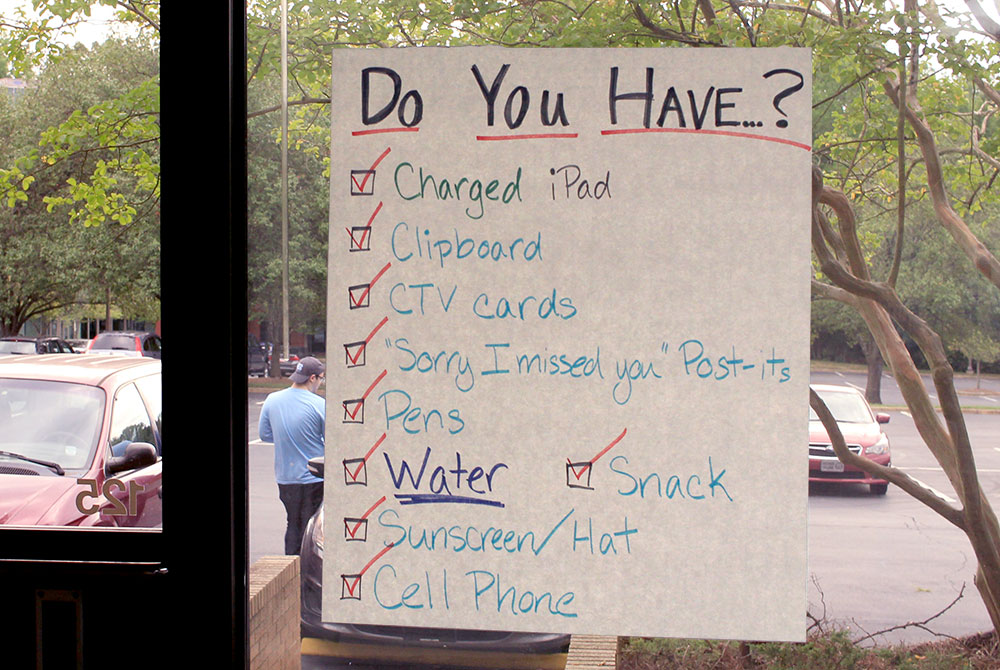 And, of course, every Field Rep has a PTP-issued iPad loaded with their turfs for the day.

Field Reps have a clear goal for each interaction. In Phase 1, we hope to walk away with a signed commitment to vote, which we mail back to the voter later as a reminder. Our approach is built around gentle reminders that keep a voter thinking about the act of voting in the lead up to Election Day.

Ideally, we’ll make several contacts with each voter over the course of the summer. Right now, we’re in Phase 2 — that includes second attempts at voters we missed, and making a plan to vote with voters we’ve seen before.

Closer to Election Day, our team enters Phase 3: following up with reminders by text.

The general flow of any voter contact is based around a few questions:

Every step of the way, Field Reps are recording responses on their iPads using an app called MiniVAN. That data helps us plan follow-ups — and more importantly, we’ll use it to refine our approach for future elections.

We pride ourselves on being a data-driven organization, because we want to have the biggest impact possible for our investment.

Rejection comes with the territory. Even when people are home — and this probably won’t shock you — they don’t always open the door. A “did not respond” can mean a lot of things: church, a football game, baby’s naptime, and so forth.

One thing it doesn’t mean: that the voter doesn’t care! We’re sure to always leave a sticky note as a reminder of the upcoming election. 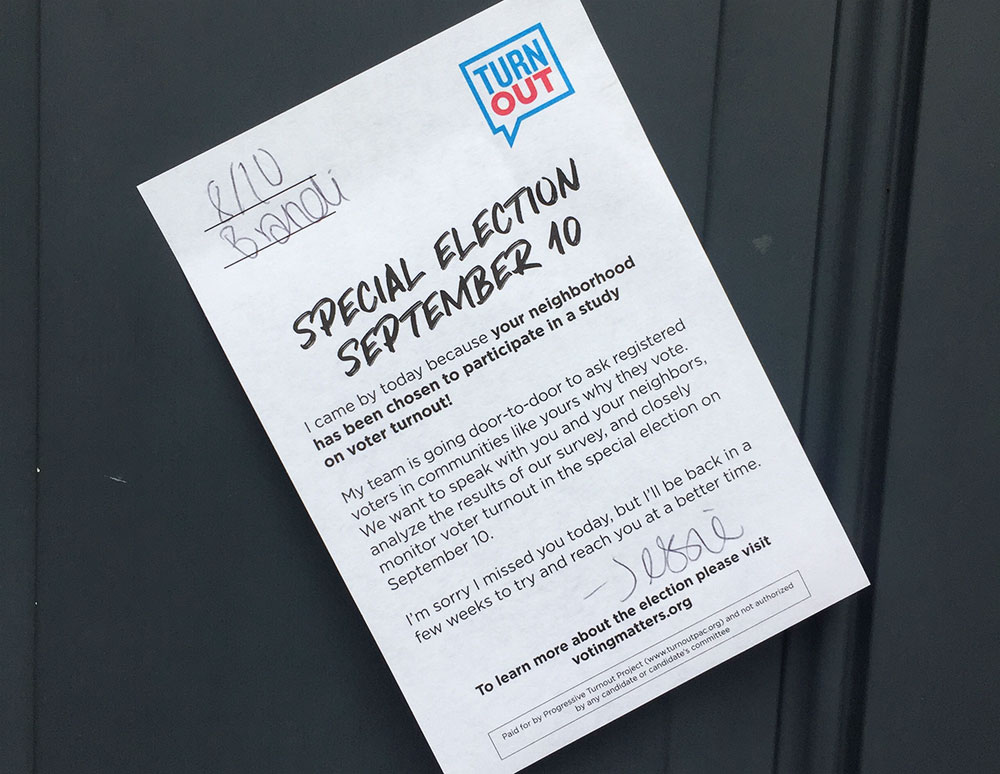 And while face-to-face conversations are always the most effective, our programs also reach out to voters in other ways, like snail mail and online ads. Every little nudge helps.

OK, take it a little personally

That said, personal connections are the heart of any good turnout program.

Our Field Reps aren’t only there to get a commitment to vote. They also listen to voters, help them find a polling place, and get feedback about why they vote.

And we always write thank-you notes to voters who take the time to talk with us.

We’ll see you at the polls!

For more information about our field program in North Carolina’s 9th, read our launch press release.